Fear of lockdown Workers leaving Dhaka to escape the brunt of the lockdown in Bangladesh, 16 crore population locked for 14 days from tomorrow There is going to be a strict 14-day lockdown in Bangladesh from July 1, which has become a problem for the migrant laborers. To avoid being hit by the lockdown, the workers want to leave the capital Dhaka as soon as possible. That’s why they are resorting to bikes, auto-rickshaws, loading autos, trucks, and even ambulances. He says that we do not have work during the lockdown. If you don’t work, how will you pay the rent? How will you feed? That’s why we are returning to the village after tying everything up. Because we have no option but to leave the city in lockdown.

Actually, public transport services in Bangladesh have been stalled since 23 June. In such a situation, there is a rush among the workers to leave Dhaka. Seeing their flurry, ferry services are also working round the clock. The boats are carrying more people than their capacity. Thousands of people are boarding each boat.

Sub Inspector Mohammad Reza posted at Munshiganj Port says that we do not want people to ride more than capacity, but the workers are not listening at all. An official of the government-run Bangladesh Inland Water Transport Corporation said that about 80,000 laborers migrated on Sunday. More than 5 lakh laborers have left Dhaka in a week.

On the other hand, people have started collecting rations for months before the lockdown. The situation is such that even stores have started emptying in many cities. Seeing the exodus of laborers, Bangladesh has also sealed the Indian borders for 14 days. The government believes that laborers can go to India in search of employment, which can become a new problem.

Bangladeshi came to India on a visa 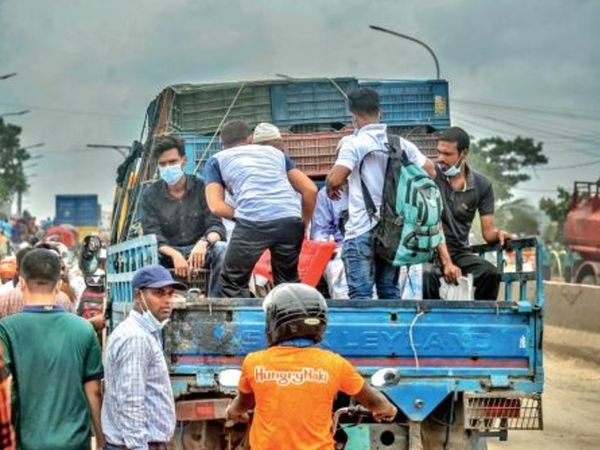 Bangladeshis who have come to India for treatment on a 15-day visa can enter Bangladesh from the Benapole, Akhaura, and Burimari borders only with necessary permissions in New Delhi, Kolkata, and Agartala. RT-PCR negative report will be mandatory for them and it should be done within 72 hours. 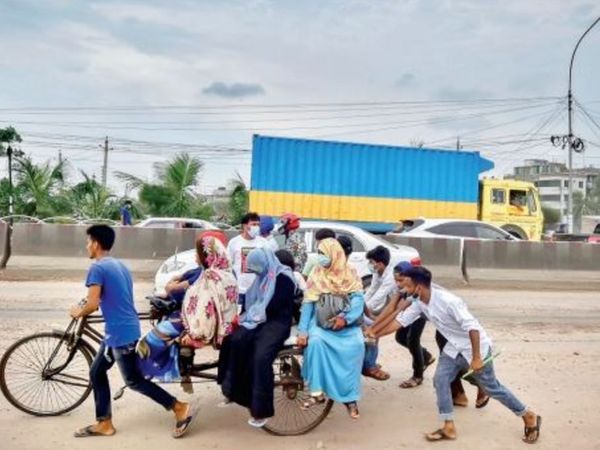